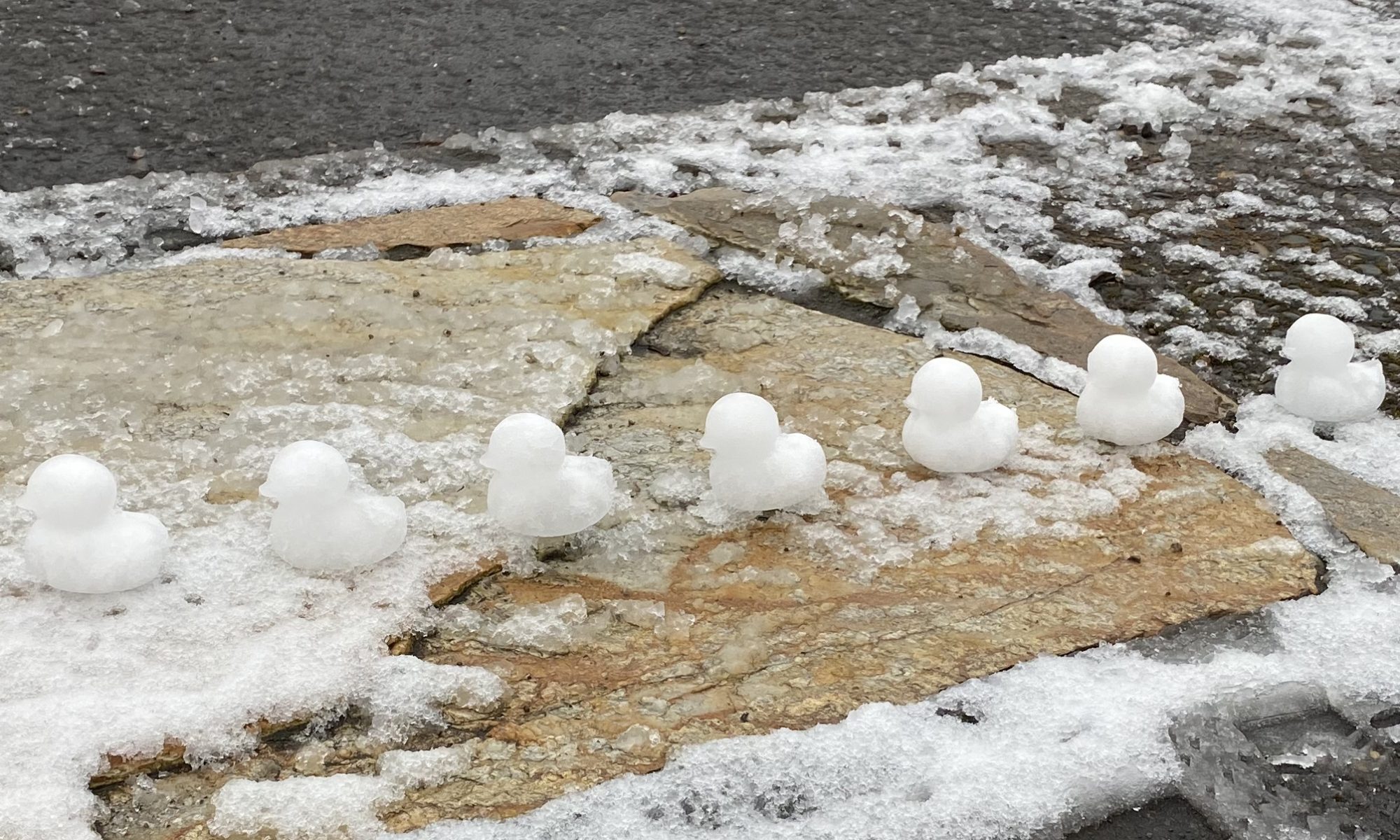 Last year, a little too late for snow season, I picked up a silly little contraption. I forget where I first saw this, but it turns out a lot of Amazon sellers resell a plastic mold, similar to a spherical snowball mold, except for making rubber-duck shaped snowballs. Because that’s a thing the world needs. It was silly and quirky enough to be an impulse buy. Winter over, it immediately went into storage.

Fast-forward to today. We’ve gotten a pretty good blanketing of snow — enough to stick, unlike earlier in the season. So of course I had to pull out the snow-duck maker!

They’re nearly melted now, but it was fun while it lasted. I hope they brought a smile to passersby.