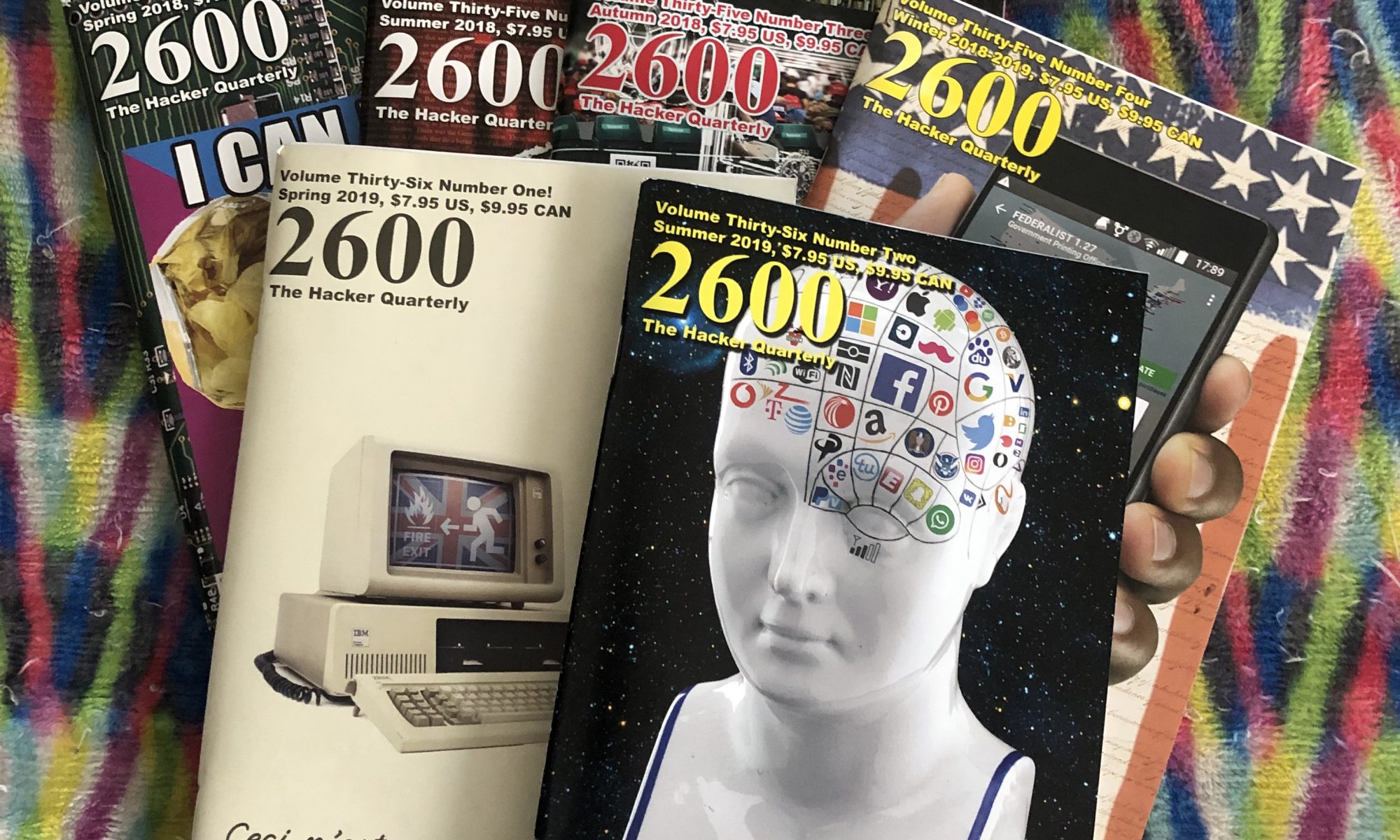 Two recent events have pushed me to revisit media — specifically, magazines — from my past.

News broke on Twitter that Mad Magazine is shutting down after 67 years.

I don’t think I ever owned a copy of Mad. I don’t know that my parents would have even let me. But I loved it when my friends had a copy. I saw it at school, I saw it out camping with Scouts. It was constantly in the background, and became a treat when brought to the fore.

My favorite parts were definitely the fold-in covers and Spy vs. Spy. The fold-ins absolutely blew my mind. I’d seen many optical illusions at that age, but never ones intentionally crafted to tell a story or reveal a punchline. Spy vs. Spy was just a more modern Tom & Jerry. Honestly, I remember the 1984 PC video game more than I remember details of the comic strip, but I remember loving it.

In chatting with a friend about hacker culture and how a young modern-day hacker might go about meeting others and making a name for themself, I took a little trip down memory road to 2600 magazine.

Back in the early 90s, I dipped my toe in hacker culture by regularly showing up at a local 2600 meetup. In the back of the magazine, they published (and still do) cities around the world that have local meetups for readers. These monthly events opened my eyes to a whole other side of computers, radio, and electronics.

I even wrote at least one article for the magazine, way back when. It described how to drop down to a DOS prompt in an old pen-based PDA: the Tandy Zoomer, which later morphed into the Palm Pilot. Yep, that probably dates me. I feel like I must have written a few more, but have no memory of what it could have been about.

I assumed 2600 went out of business and stopped publishing, but was surprised to learn they still exist. I ended up ordering a collection of recent back-issues and kicked off a new subscription.

2600 may have appeared on your radar even more recently. They published a list of our government’s concentration camps: http://concentrationcamps.us