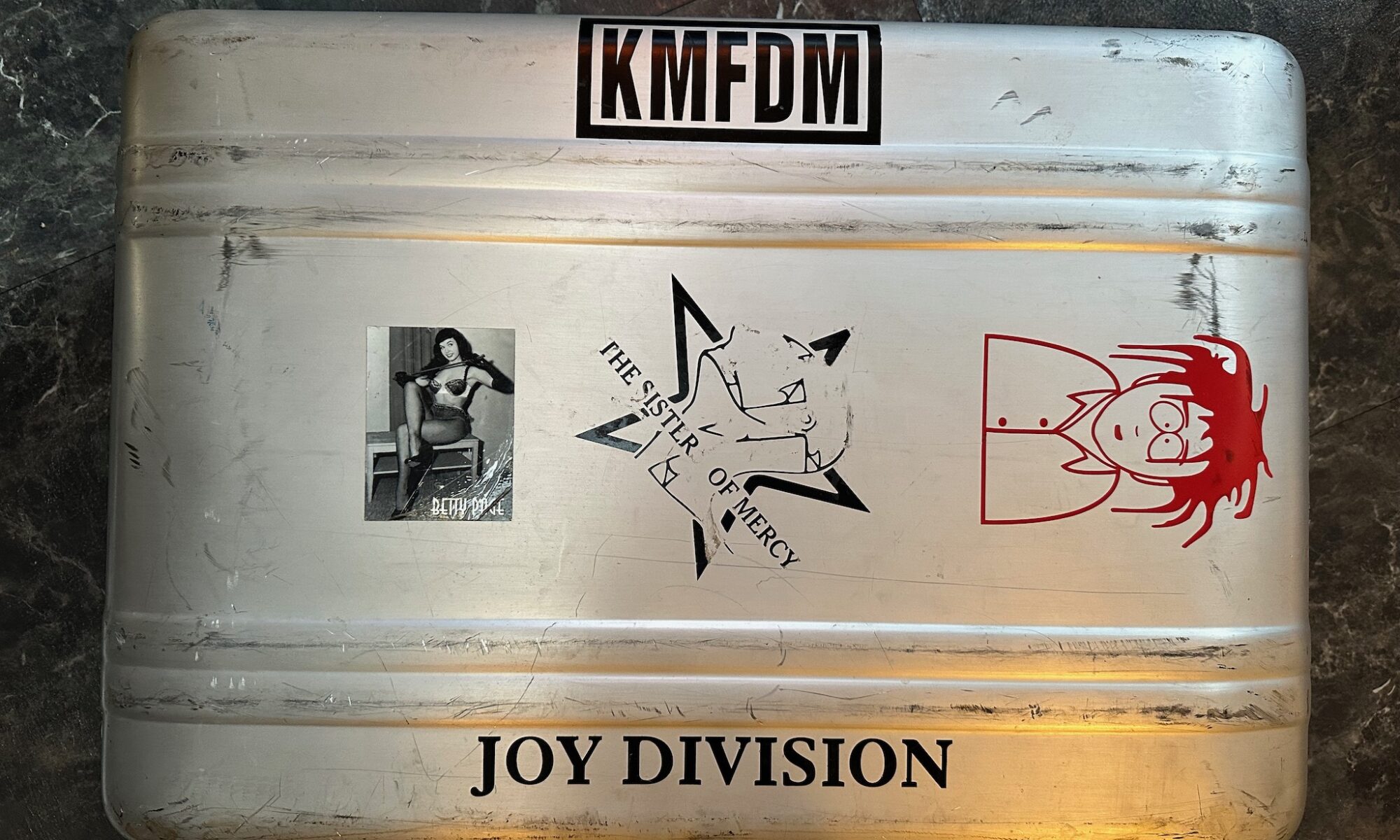 I got this suitcase some time around 1995. I was just starting out traveling on my own. In that era, I was extremely goth/industrial, and I thought it fit as both a functional and esthetic accessory. A metal suitcase was badass. It fit my style — even moreso with band stickers. This suitcase treated me well, I treated it well, and I have a lot of fond memories traveling with it.

My computer-adjacent retail job at the time meant that I had to save up a lot of pennies to purchase a fancy Zero Haliburton (no relation to the Desert Storm contractors) suitcase. But I wanted it — no NEEDED it to fit my image — so it was totally worth however many paychecks it took to obtain.

Fast-forward a bunch of years. It turns out a metal suitcase is HEAVY. And that weight counts toward your checked luggage weight. And let’s face it, this Bad Boi is just WAY too much of a chonker for carry-on. AND in Europe, both checked and carry-on restrictions are more restrictive than the US.

In this century, I ended up getting a carry-on (which I can also check) from Briggs & Riley, which checks all the size boxes for both the US and Europe for carry-on. As a secondary, I have a really nice Tom Bihn Aeronaut, which is an extremely well thought-out duffel-bag-slash-backpack that could be a carry-on or checked bag. I also have a packable and expandable duffel-slash-backpack from REI that folds in upon itself like an ouroboros, which works in a pinch when you so many souvenirs that you’ve run out of space. I don’t remember the last time I actually used the metal suitcase. Maybe 15 years ago?

Oh, did I mention it was damaged by the TSA? Yep, I bought it pre TSA-standard-lock-overrides and they “had” to bust it open once. For reasons. So the latches work great until you bump it too hard, which is fine when packing and rolling, but manhandling luggage is sort of the luggage handler’s job. My workaround was a big-ol’ thing that’s basically a seatbelt with a combination lock (TSA-approved key, of course!) that wraps the whole thing like a Victorian schoolboy’s pile of books. I have to ratchet that band around the body for it to stay closed when facing abuse.

Even though it’s been in the attic for over a decade, I still have an emotional connection to that suitcase. It holds nostalgia. But it is 100% impractical and just takes up space. I can’t even tell you the last trip I took it on. To keep its memory, I decided to take some photos. But also: recently I started 3D-scanning objects with Polycam, so decided to scan it as well. Nominally, this is for 3D printing, but in this case it is entirely for fun. I thought it would be nice to have a spinny 3D model to remember it by. The one big flaw with capturing the model is that the reflectiveness of the metal made the surface a little more wobbly and pock-marked in the scan than in reality because it couldn’t get a good read on the reflection’s depth. But I’m just going to treat that as a feature. Pretend that it got even more banged up over the years, having gone on so many wonderful adventures.

So this post is the memory honoring the suitcase before I finally get rid of it. Thank you, suitcase, for so many amazing trips.